Beet Me To It

Ironically as most people are starting their summer season, we are on the downward slide out of the growing season. The radish and asian greens have way too much time in the ground and are done. As the weather heats up, cool-weather crops begin to bolt and go to flower. 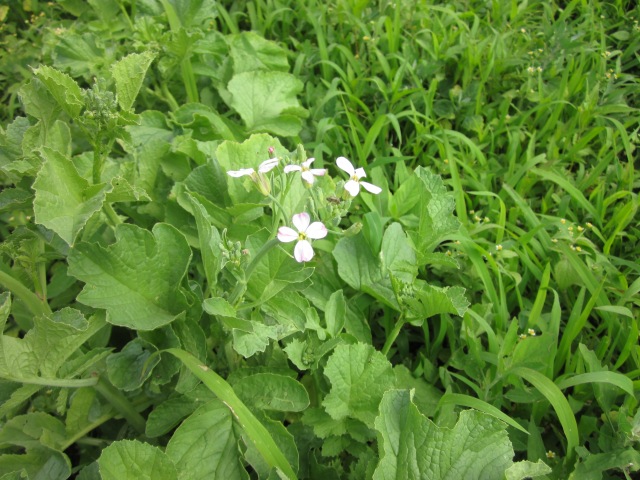 Most of the hot-season crops, such as squashes and corn, have been planted. There were leftover pumpkin seeds that I’d been meaning to plant, but had not, won’t make it into the ground in time to mature. I’m just a tad late on tomatillo, and additional cucumbers, but think I can get them in the ground next week. These might in fact be volunteer tomatillo plants from last year’s seeds, but I can’t be sure the leaves are supposed to be this jagged. Well, Dan ran over it with the tractor, so maybe I don’t have to worry about figuring out which type of nightshade plants these are. (Nightshade family of plants include potato, tomato, eggplant, peppers but also poisonous plants such as belladonna.)

Toward mid-summer, we can begin planting for cool fall-season crops that are quick to mature (such as radish, asian greens). Calculations now revolve around the expected frost date in October for frost-hardy plants such as kale and leeks.

I remembered to check on the beets before finishing up and found some golf ball sized beets. These Chioggia beets are an italian heirloom from the Venice area, and show beautiful concentric rings of red and white. They were seeded on 4/19 and were supposed to be ready in 55 days, about 6/13. 2 weeks late seems about right for this season.

I removed the leaves and sauteed them with onions. The roots were boiled, peeled, and sliced crosswise. Delicious and beautiful. Next time you are at a farmer’s market… oh nevermind, just sign up with me and I’ll plant accordingly for the fall.