It is just a bit colder inland than in the city. Coupled with the breeze, wind-chill starts to make itself known. Most of the farm has turned to an amber golden tone, with just the herbs and brussels sprouts announcing themselves in green. The goal from here til the ground freezes is to break up the plant residue, and maybe put on a cover crop of winter wheat to prevent erosion.

The drainage ditches were left untamed over the summer, and now the withered weeds provide a sort of windbreak. As I walked along the outermost ditch, I spotted 2 stakes marking potato rows.  My heart skipped a beat. I had completely given up when the weeds overtook the plants in late May. It was on my list of to-weed, but something else always had higher priority. I thought the entire field was already broken up, and yet the stakes stood.  We grabbed a pitchfork and a shovel, and eyeballed where the first line of potato would have been. Voila! 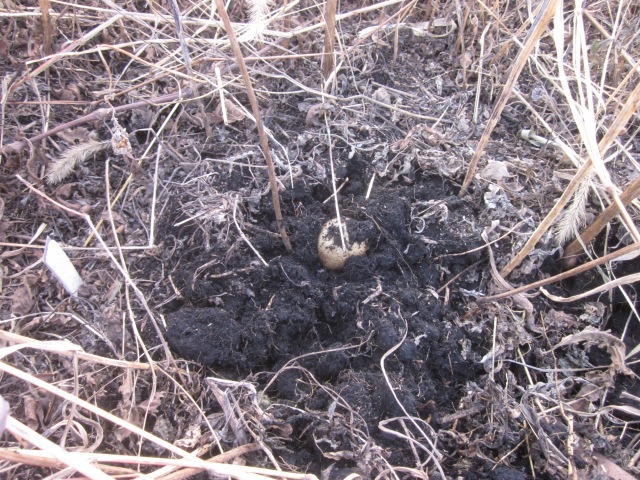 They measured no more than 2 inches, but we dug up about 40 of them! The white ones came from the Hawthorne valley CSA from the end of last summer and overwintered in my kitchen. We found a couple red ones, but no blue ones. Next year, we plant and weed properly, for digging potatoes is indeed fun. 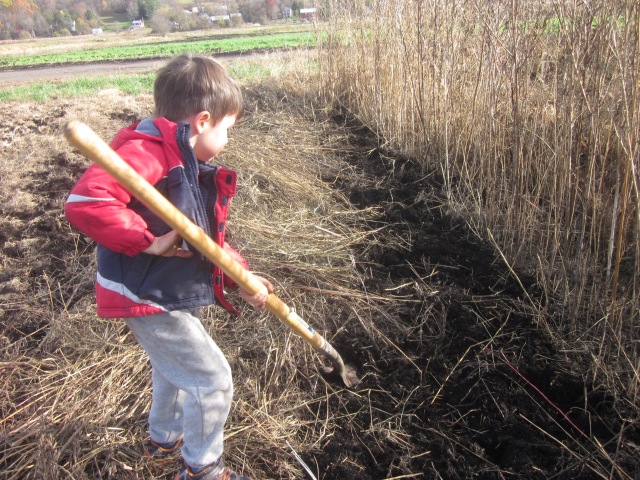 Over the past month, we had ideas of harvesting sunflower seeds. Some were cut down, bundled up, and hung in the barn. Some came home, only to stink a few days later. Some that had been drying inside the barn since late august were pillaged by mice. We realized there are 3 ways to harvest sunflowers 1) pay someone else to do it 2) by specialized equipment or 3) let it dry on the stalk. Because of the sheer number of stalks and the failure of hang-drying, we left it on the stalk until now. This is what resulted from about 30 flowers. There’s more, but we have no more storage and no more desire to battle critters. They can have what’s in the field. Next year, maybe some seeds will sprout by itself. Or, we may feed some african swallows migrating north carrying coconuts. 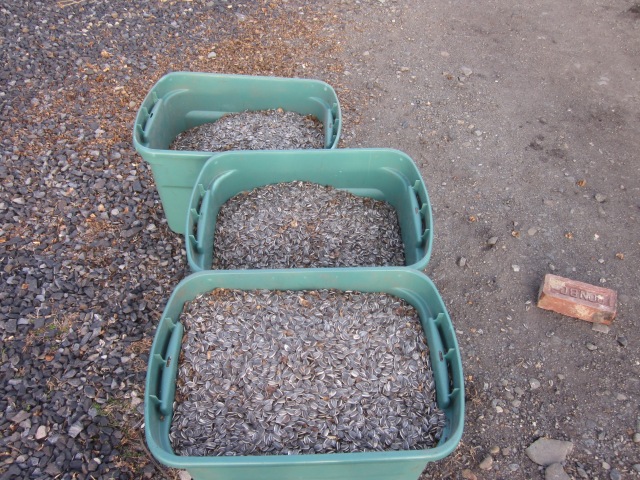