Pattypan on the Vine

Summer is in full swing with the start of the summer squashes. The yellow pattypans tend to be bell shaped, and the green ones are flying saucers.

This is an heirloom zucchini, Costata Romanesco, and boy does it get large quickly. 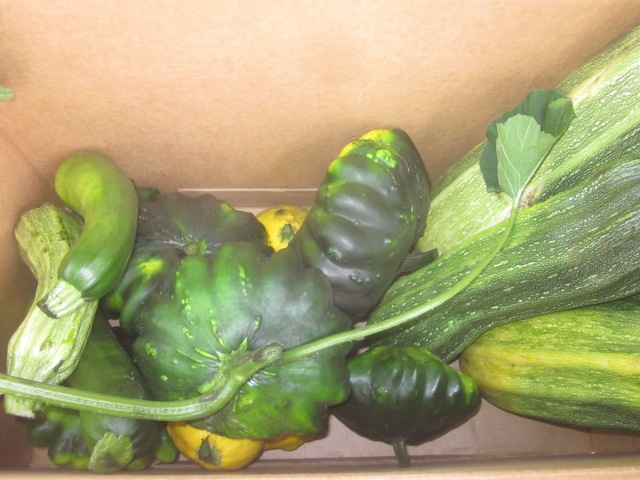 It would be interesting to save some seeds from this year’s 6 varietal planting, just to see what kinds of oddly shaped and colored crosses form next year. Channeling a bit of Gregor Mendel for you biology geeks out there. 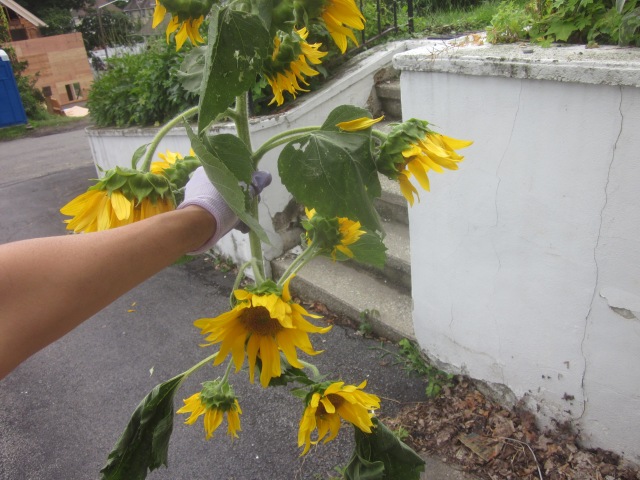 Last year we planted 1000 seeds (about 1/2 lb) in three rows, and harvested probably 60 lbs of seeds. We ate some, gave some in a winter CSA. Dan broadcast seeded in early spring but I had no idea what exactly the plants would look like, since the original seeds were a hybrid. Well, here’s possibly a parent genotype, a multibloom, and much more common native North American sunflower. 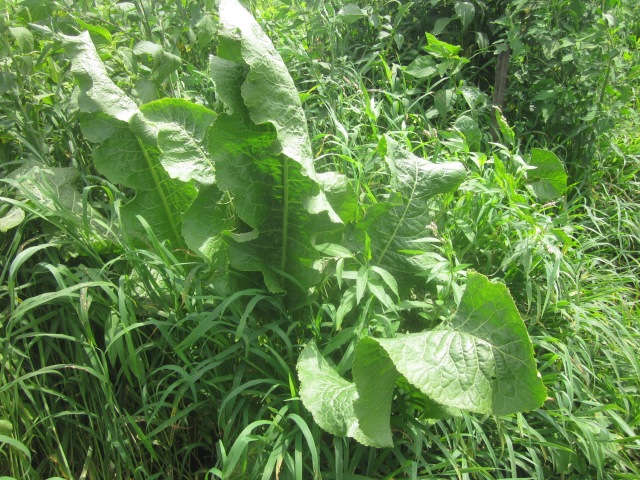 Planted a few horseradish roots this year. Back in May, when I was planting an entire field of pumpkins and winter squashes, I came upon some long roots just beginning to sprout. I pulled them out at the time… but had a gnawing suspicion they might be horseradish.

This has not been a hot summer yet, but the peppers are doing well. Jalapeno, serrano, cayenne, ancho, these are a few of my favorite things.