Always Look On the Sunny Side Of Life 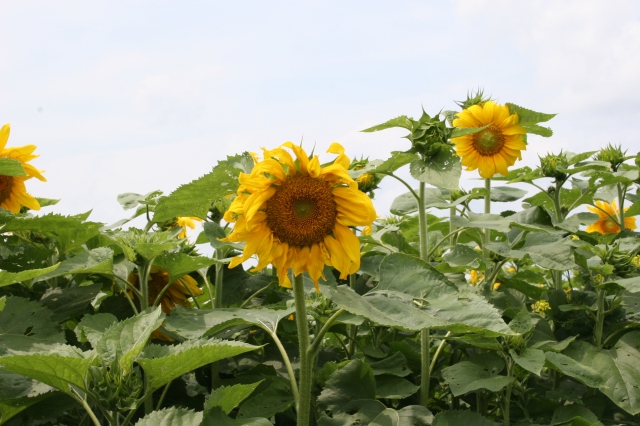 I start with this uplifting picture of sunflowers rising on the farm. It greets farm trucks rolling past, cyclists pretending they are doing the Tour de France in Orange County, residents who walk their dogs. And it allays the massive coronary when I heard “oops, there were cucumbers in that row”? 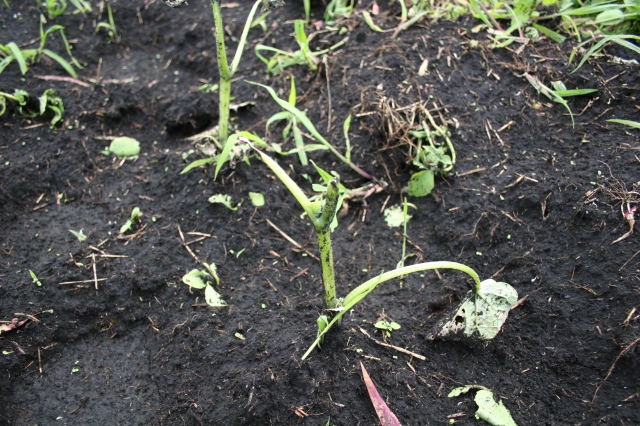 Despite being inundated with fancypants cucumbers at the end of last summer, I forged ahead to plant 4 varieties at the end of May. If the date to maturity are any indication, 58 days from May 30 would mean cucumber at the end of July. Nuh-uh. I went about my depressed weeding for a day, then decided to check out the carnage. I found some strong roots, and dug them out of the heap of overturned dirt, and righted them. The rest is up to the black dirt.

The herb garden is a beautiful mess this year. Milo seeded the cilantro, I neglected to weed it. So despite my lack of attention, the cilantro came up, flowered, and is in the process of setting seed. 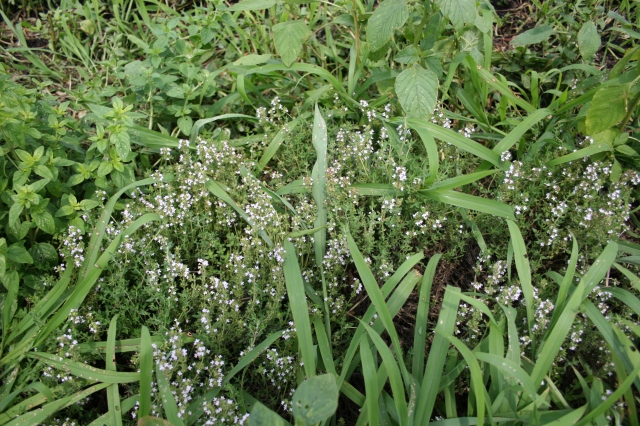 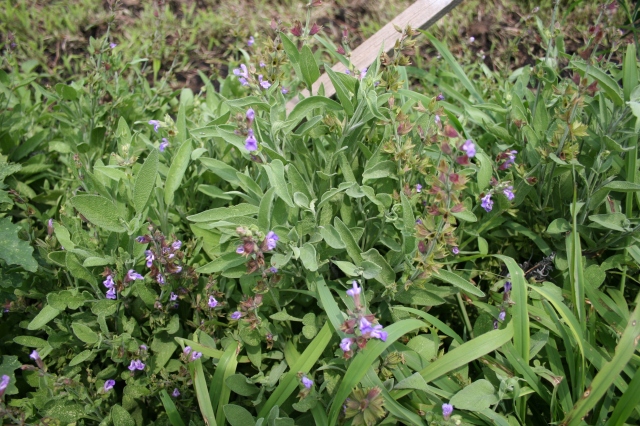 The corn was planted during a dry spell, so they seem a little stunted. Lucky I have succession plants set a few weeks apart.