A Family Who Waters Together

We have learned a lot in three seasons, but this year we figure out irrigation. The black dirt has very high water retention capability – just a bit of rain usually suffices. But this year, a combination of no rain and no weed cover makes apparent just how dry a season we have. Unlike what you see in the video, our lanes were full of crabgrass and weeds in the past.

Dan is driving the tractor and trying not to run over any vegetables. Milo is sitting on top of the back mower monitoring the water in the barrel. I walk behind and direct water right to the roots of watermelon and cantaloupes. We pumped water out of the well, put it into the rain barrel, hook up a portable pump and connect hoses. How hard can it be right? Well, First Law of Plumbing states that one will not find the correctly sized part on the first try. Let’s just say there was a lot of finagling.

The black dirt heats up very quickly, and the shades actually provide a respite by shading the ground and preventing evaporation during the day and aiding dew point conversion at night. Unfortunately, they also usually grow quicker than crops. The detritus is from hand-weeding – I am determined to get some watermelons this year! 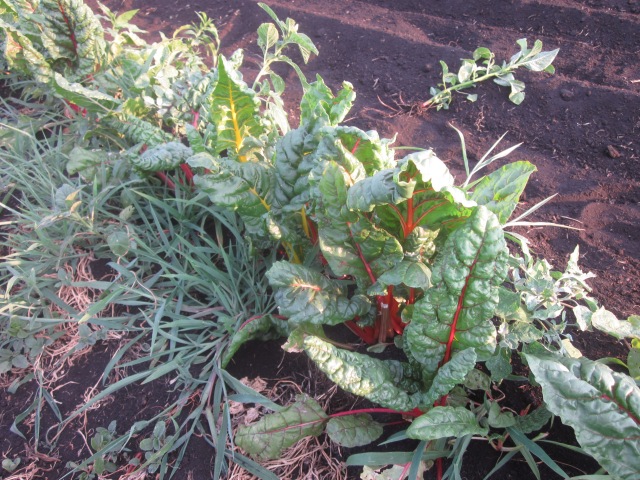 Rainbow chard in situ – the brilliant colors on the stems are amazing. 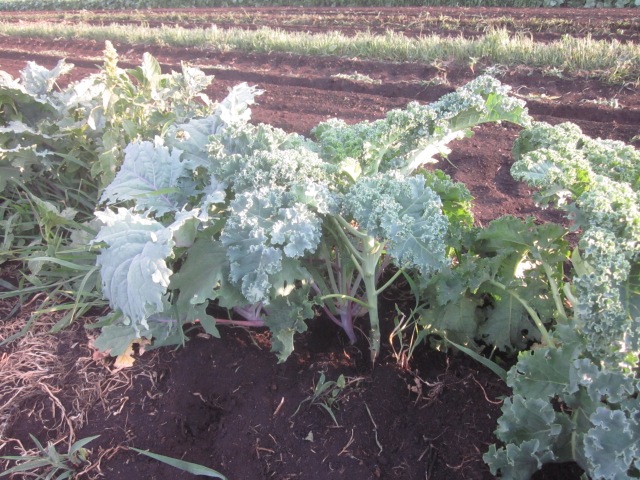 Red russian and Siberian kale. Our first serious kale growing season started off badly, and we had to do-over a few times. 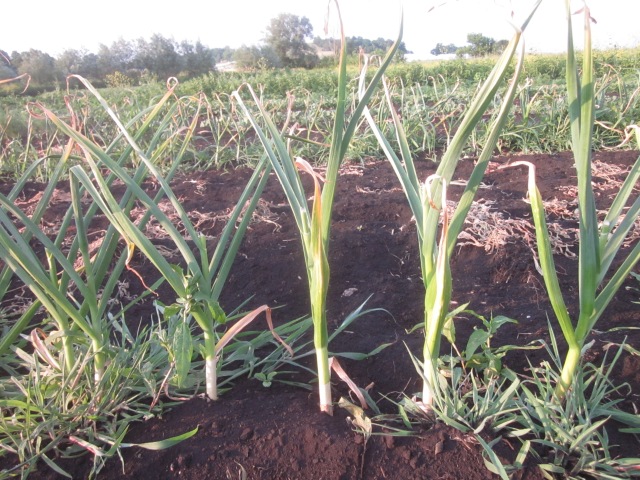 When to pull garlic is a question for the sages. Too early and the bulbs are not at the maximum size. Too late and the cloves begins to split, reducing its storage capability over the winter.  I’ll be aiming to pull them up about mid-July. 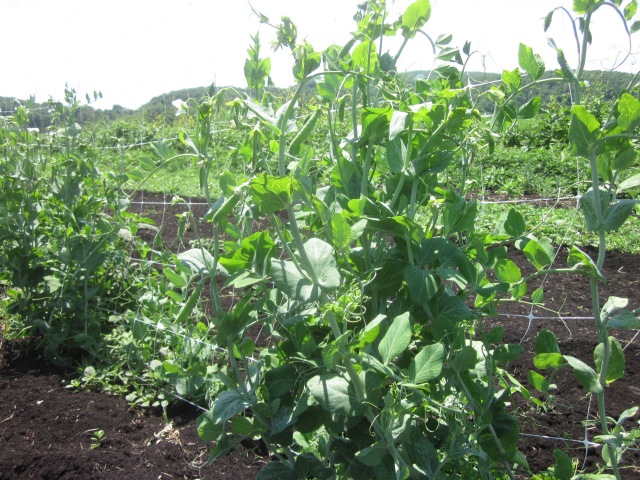 Oh boy will there be sugar snap peas next week! Each year I begin the harvest of sugar snap peas by jealously guarding the skinny peas and warning Milo not to pick the flat ones. Just seven days later, it’s pea season. Time for a pick-your-own event!