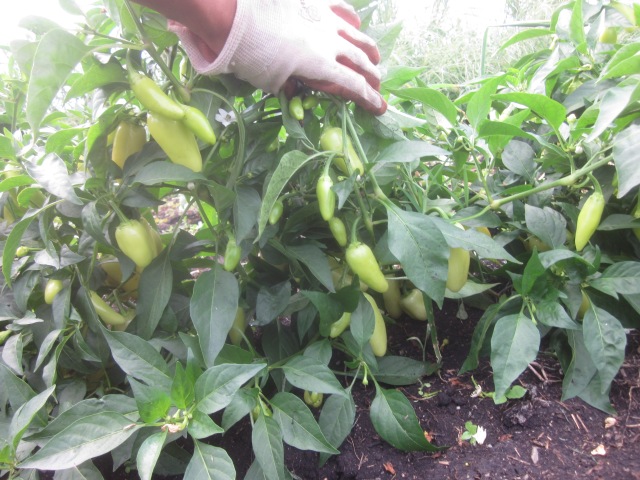 Peppers always take me by surprise, mostly because I leave alone for majority of the season. Then one day, they are all there, with the bushes toppling over from the weight of the fruits. Many years ago, I used to shop at a hot pepper stand at Union Square Greenmarket. I’d say it was the seeding idea of farming. The varieties, size, shape, colors were breathtaking! Maybe next season, I’d like to convert a shed into a greenhouse and start seeds in mid-March. 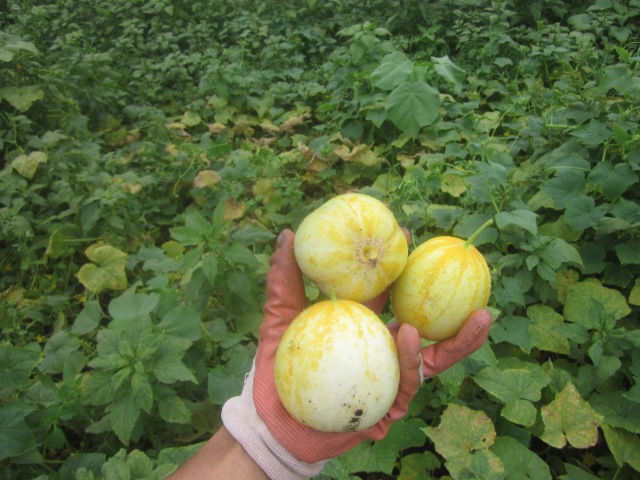 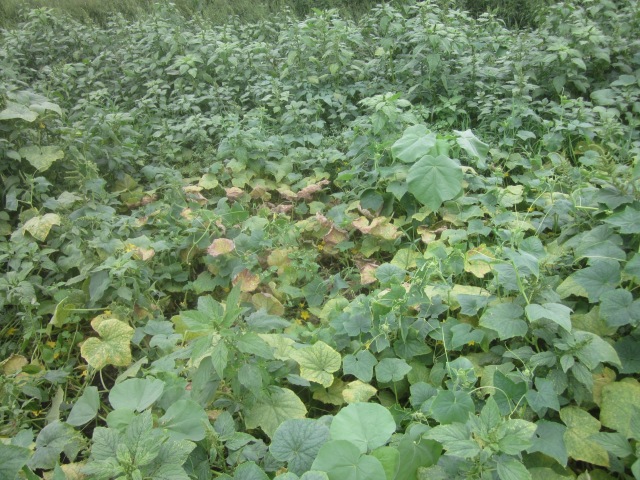 Lemon cucumbers finally started bearing fruit. Unfortunately it seems the heat and humidity also brought on powdery mildew. The irony of heavy rains is that it damages foliage, and yet doesn’t penetrate deep into the earth. 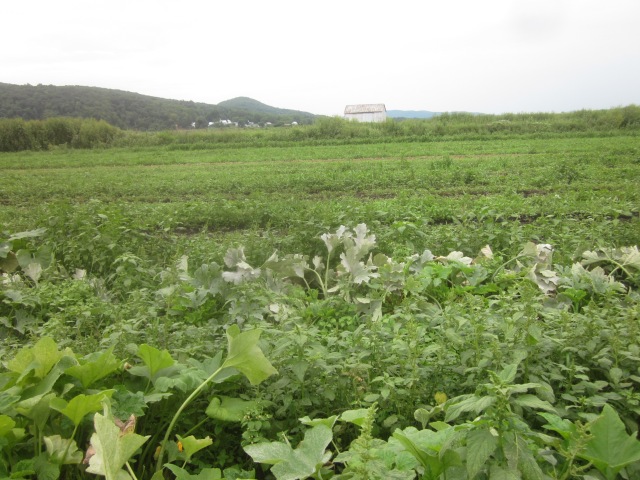 The row of squash – zucchini varieties Alexandria, Floridor, Costato Romanesco – are also afflicted with powdery mildew. Every year Dan rails against too many squash plants, so I didn’t plant too many initially. I snuck back in to put in a secondary planting when the first plants started flowering. We will be in summer squash for quite a while. As the saying goes, the more you pick, the more they produce. 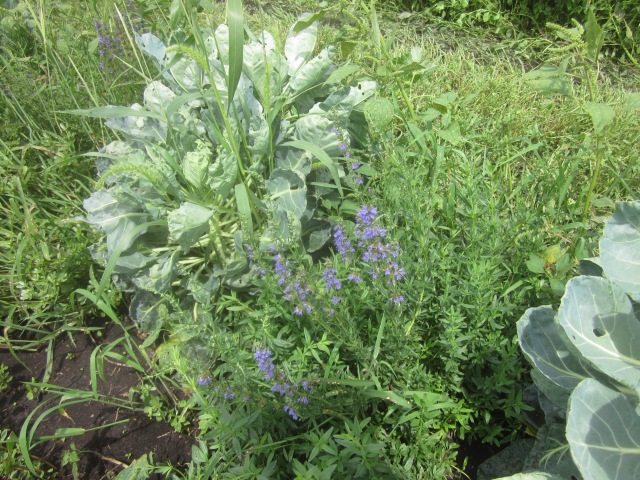 Brussels sprouts for the fall continue to grow. I interplanted anise hyssop, which is said to deter flea beetles, which are sending up small purple flowers. A bit of weed pulling and hoeing is in order isn’t it? 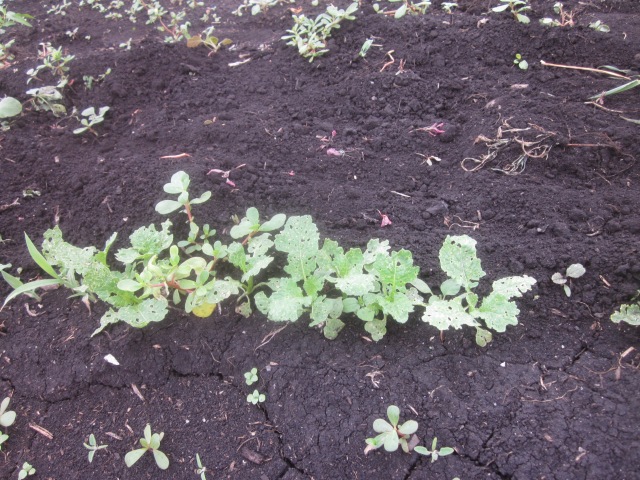 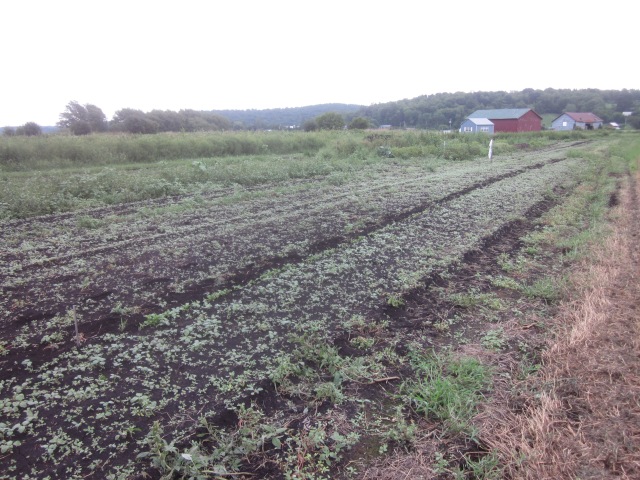