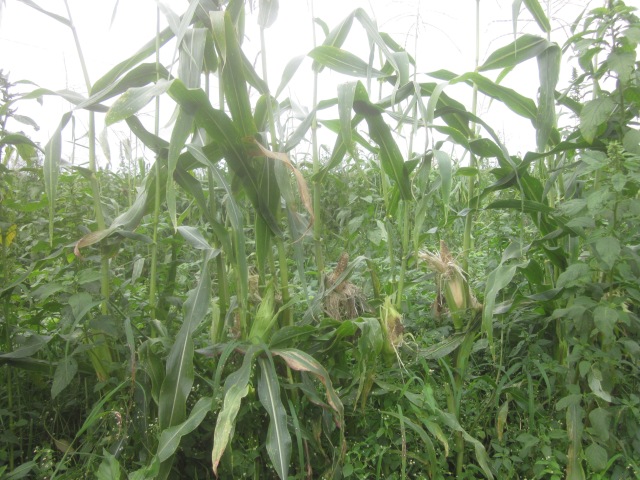 Do you see it? The single untouched corn? This is our corn patch among the weeds. You would think the camouflage would help to disguise the ears of corn. 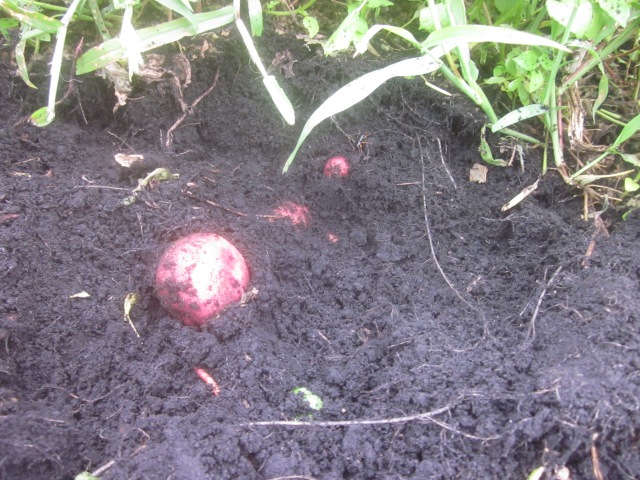 The potatoes grew fairly well this year, a first for us! The colorado potato beetles were out in force this year and did damage a lot of foliage. It led to the plants shriveling and dying early in July. We still received a significant number of tubers though. I just can’t figure out where the blue potatoes went. 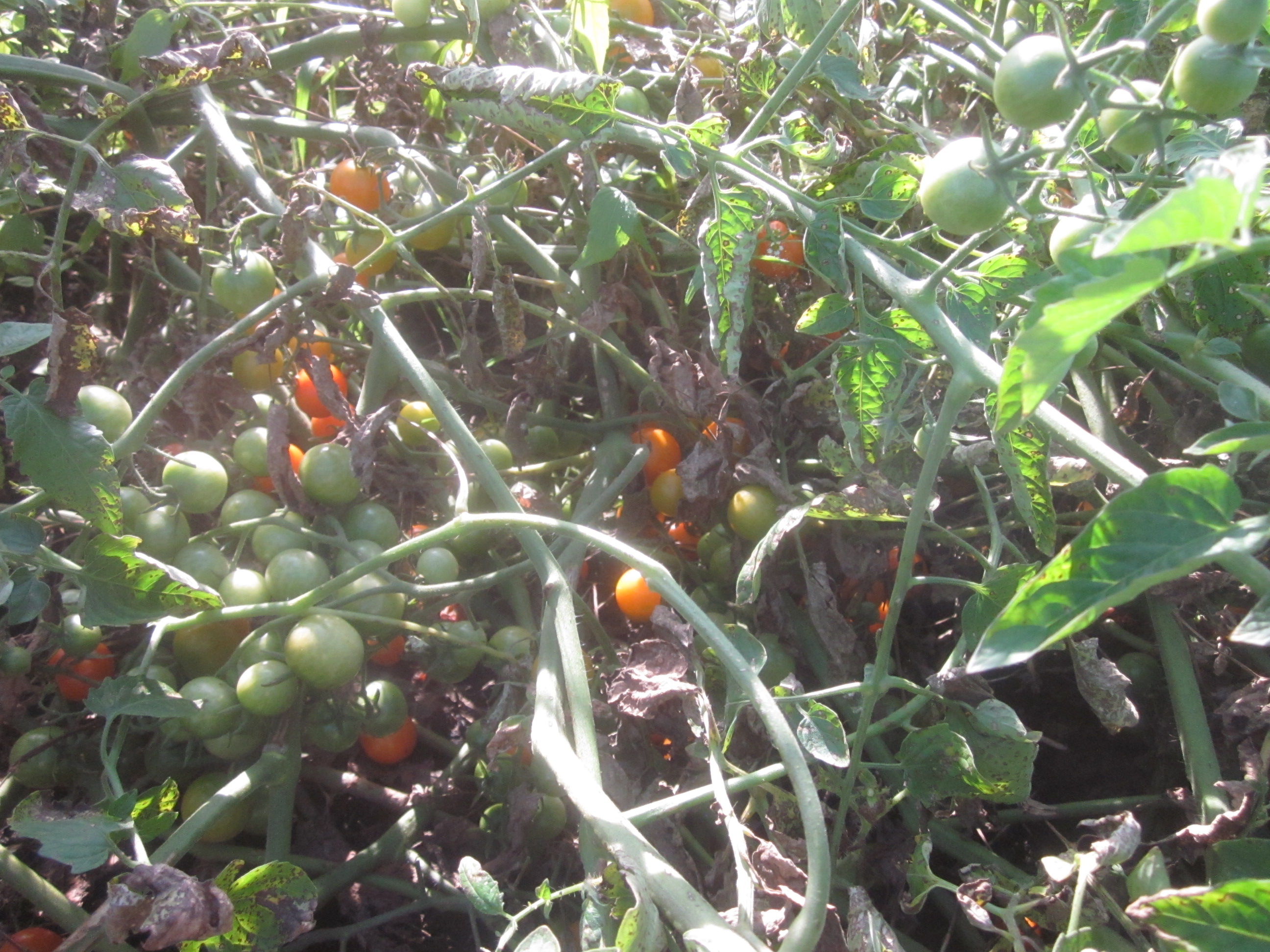 Tomatoes are starting to ripen. Each year I have grand plans to stake, support, and manage the vines properly. They would be easier to harvest with proper staking and spacing.